Wired Parish Legal Newsletter Homepage How Much Do You Know About Marriage and Law?

How Much Do You Know About Marriage and Law? 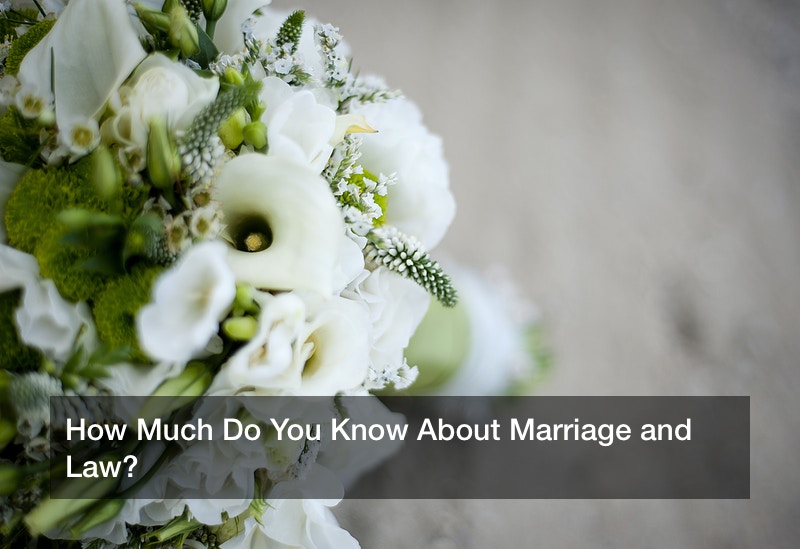 There is an assumption that if your marriage is rocky, you only have two choices — remain married and miserable or divorce and become happy. This is not necessarily true. Studies show that as many as two-thirds of people who report being in an unhappy marriage but avoid divorce are happier with their marriage within five years.

Why is this so?

Even though over half of married couples will never divorce, it is useful for everyone to understand the legal relationship that a marriage creates. These legal rights extend across the board including tax law, estate law, and contract law. Here are eight things to know about marriage and law:

On average, over 44,000 weddings take place every weekend. Each of these married couples get a number of legal rights at the end of that wedding ceremony.

Divorce lawyers advocate for two primary aspects to a divorce — property division and child custody. Property division can take place under two theories depending on the state you live in.

For example, think of the marital estate as a pile of desserts (assets) and vegetables (debts). In a community property state, each ex-spouse gets half of the desserts and half of the vegetables.

In an equitable division state, divorce lawyers present their case for something other than an equal division of property. For example, the higher-earning spouse may receive fewer desserts and more vegetables based on the higher salary. Alternatively, a divorce lawyer in an equitable division state can argue that larger assets can be balanced with larger debts to maintain equity. For example, if one spouse wants to keep her expensive car, she may also get a larger share of the credit card debt to balance out the value of the car.

Spousal support (also called alimony) is often based on the roles of the spouses during the marriage. A divorce lawyer would argue that a homemaker is entitled to alimony based on the sacrifice made to care for the home rather than seeking training and job advancement.

Child custody is always handled using the “best interests of the child” test. This test considers every aspect, including the parent-child relationship, financial condition, living situation, and capability of each parent. Although the law used to presume the mother was better situated to care for children, this is no longer true in most states. Rather, the divorce lawyers for both parents are on equal footing when they fight for custody of the children.

Child custody also includes visitation and child support. Once legal and physical custody is determined, the divorce lawyers will argue for visitation so that children can benefit from time with both parents more or less equally. Similarly, the divorce lawyers will argue for child support to the parent who has physical custody of the children to offset expenses associated with taking care of the children. Most states use a table that defines the child support due based on the relative income levels of the parents and the number of children. 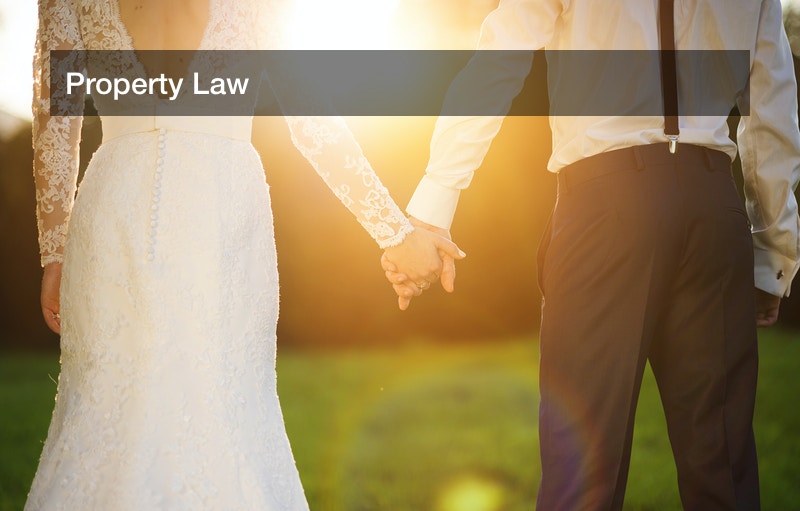 As a general rule property that belonged to you before marriage remains yours during and after the marriage. For example, if you bought a car before the marriage, your spouse would not have the legal right to either ask that you sell the car during the marriage or ask for half its value if you ever divorce.

For the most part, property obtained during the marriage is marital property. This means that both spouses have equal rights in the property regardless of whose name is on the deed or title. For example, one spouse cannot unilaterally kick the other spouse out of their shared house until a court issues an order. Until that point, both spouses have the right to live in that home.

There is no obligation for spouses to have the same insurance. In fact, many working couples have different health plans through their employers. When they choose insurance for their children, they usually make the decision based on financial considerations insuring them under the plan with the best coverage with the lowest premiums.

In the event of a divorce, U.S. law requires the employer’s health plan to offer to continue coverage for the ex-spouse for up to 36 months after the divorce. Under these COBRA rights, a health plan can require the ex-spouse to pay the premiums associate with the insurance coverage. However, depending on the relative financial situations of the ex-spouses, a divorce lawyer may be able to include payment of insurance premiums with the spousal support ordered by the court. 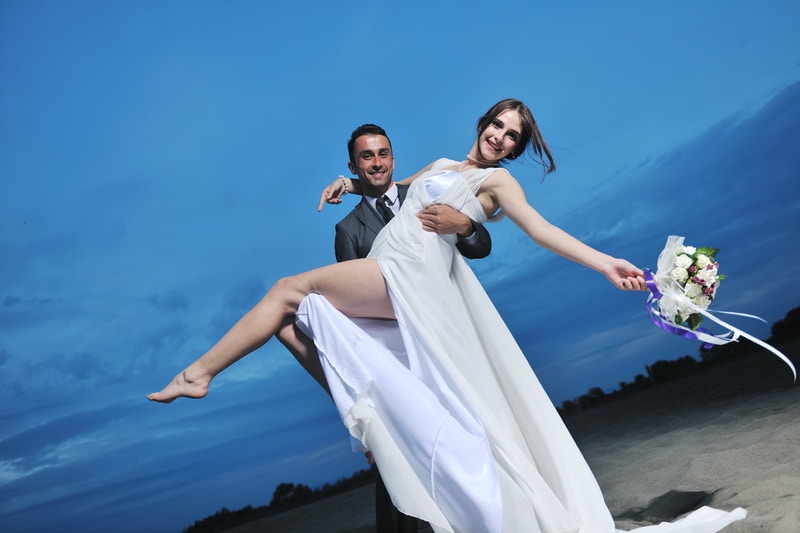 Under the old common law, a married woman could not enter into a contract without her husband’s signature. However, times have changed. Any contract signed by a married woman is enforceable regardless of whether her husband signed it as long as he knew about it or benefited from it.

The exception to this rule is that if a spouse does not know about the contract, it is not enforceable against him or her. To take another example, if a cheating spouse buys an expensive edible flower arrangement for that spouse’s “friend,” and specifically conceals that purchase from the other spouse, the unknowing spouse is not legally responsible if the bill for the gift is not paid.

Conversely, if a married couple incurs medical debt due to one of the spouse’s health problems, it is considered a marital debt even if only one spouse was ill. Thus, marital debt to a female health care provider for a wife’s illness will be shared equally by both spouses in the event of a divorce.

This is one reason divorce lawyers will sometimes recommend the strategy of legally separating or divorcing in the event of one spouse’s serious illness. This strategy, although somewhat cold, a divorce lawyer can sometimes be the best way to avoid financial ruin for the couple. Using divorce in this way, the ill spouse can incur medical debt separately and, if necessary, declare bankruptcy separately. Simultaneously, the well spouse can protect half of the assets from the medical debt and bankruptcy proceedings. 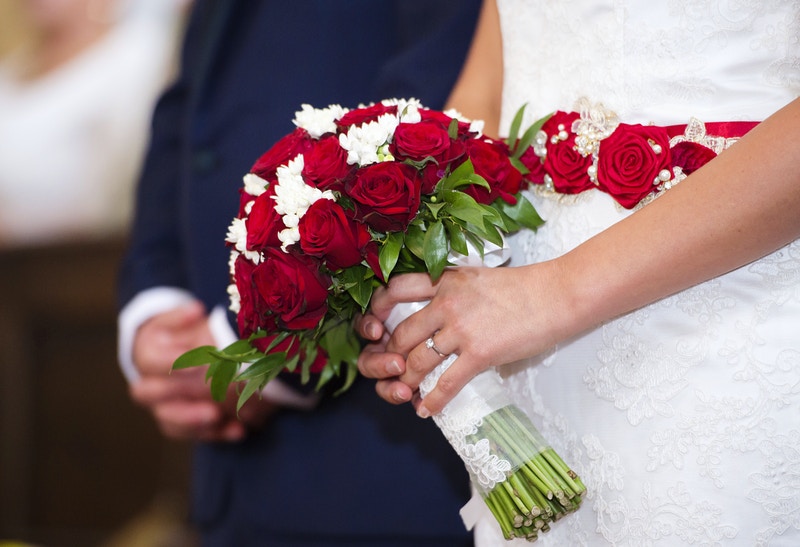 While some argue that it is discriminatory against single people, U.S. tax law gives substantial benefits to married couples. The marital tax deduction allows unlimited asset transfers between spouses without taxation. This also includes tax-free inheritances and gifts.

Moreover, joint tax filers are entitled to take a larger standard deduction and are entitled to some tax credits that are not available to single tax filers. While these benefits apply to any married couple, they are particularly useful when one spouse earns substantially more than the other spouse.

As couples age, many legal issues arise. One of the most significant is health care decisions. If one spouse becomes incapacitated, the other spouse is considered to be the sole person who can make health care decisions. For example, if one spouse is comatose, the other spouse can decide what, if any, medical procedures are authorized and what measures can be taken to keep the spouse alive.

This issue can also come up in cases of dementia. As baby boomers age, the number of people with dementia is growing. These people will not only need someone to care for them but also someone to make decisions for them. Under the law, the spouse has the legal authority to place the dementia patient into long term care, manage the couple’s assets, and make any health care decisions. 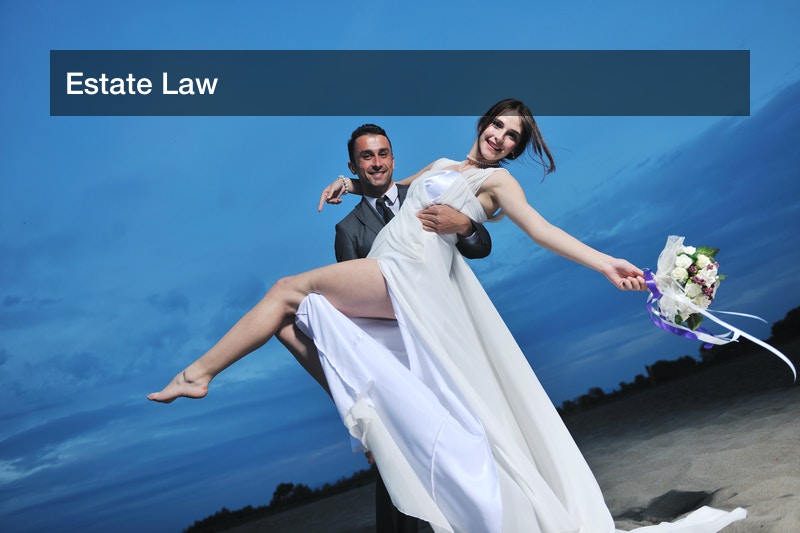 One of the greatest benefits of marriage is the ability to plan the couple’s estate together. In most situations, the spouses name each other to inherit the estate. Since most of their property is co-owned by the couple, this means that everything that was jointly owned will be transferred into the name of the surviving spouse.

However, there are other ways an estate planning lawyer can structure a married couple’s estate. For example, a couple can place all their assets into a living trust. A trust is like a corporation in the sense that it has a life of its own that is not tied to the lives of any people. Thus, if one spouse dies, the trust continues to hold the couple’s assets and can be used by the surviving spouse to pay for any living expenses.

When the remaining spouse dies, the trust lives on, usually to distribute the assets held in the trust. For example, if the couple has children, the document that formed the trust will usually include language to pass the assets, or liquidate the assets and pass the money raised, to the couple’s children.

This is the source of the phrase “trust fund baby.” Often these trusts will continue in existence distributing the funds to the children over time. Occasionally, the distribution is conditional. For example, a son may receive trust funds only if he graduates from college.

Marriage has important legal ramifications. In fact, marriage is probably the most significant legal relationship most people will enter into besides a mortgage. A marriage (and a divorce) will govern the financial, health care, inheritance, tax, contract, and debtor rights for the couple.